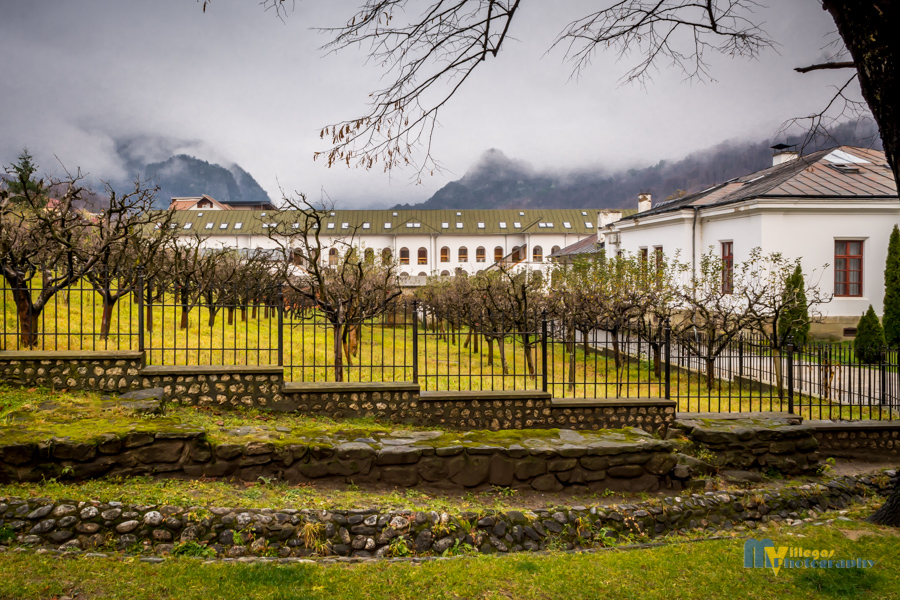 Everyone who knows me knows that I am not that much of a religious guy.  I have my beliefs but they do not seem to fall into any of the established and generally accepted religions of the world.  No, I do not believe aliens populated the planet or that we were all created by the Flying Spaghetti Monster (may His Noodly Appendage be onto you).  Regardless of my personal beliefs there are always two things that fascinate me about our religions as a species and those are the history and the rituals.  This blog piece is about those two things precisely.  The deep and interesting history of a place long ago called Wallachia and the beautiful rituals of the Christian Orthodox Church.

On the way to spend a weekend murdering a pig (please, don’t ask… long story) with some great friends in Valea Lunga, Romania, the Partner in Crime and myself happened to pass next to an ancient monastery on the side of the road.  I noticed a few tourist buses and people walking all over the place, so we decided to stop and see.  Turns out that we were driving right in front of one of the oldest, still-standing monasteries in all of Europe and the only Bizantine style monastery in existence in Romania, the Cozia Monastery.  Naturally, we stopped the car and cameras came out. 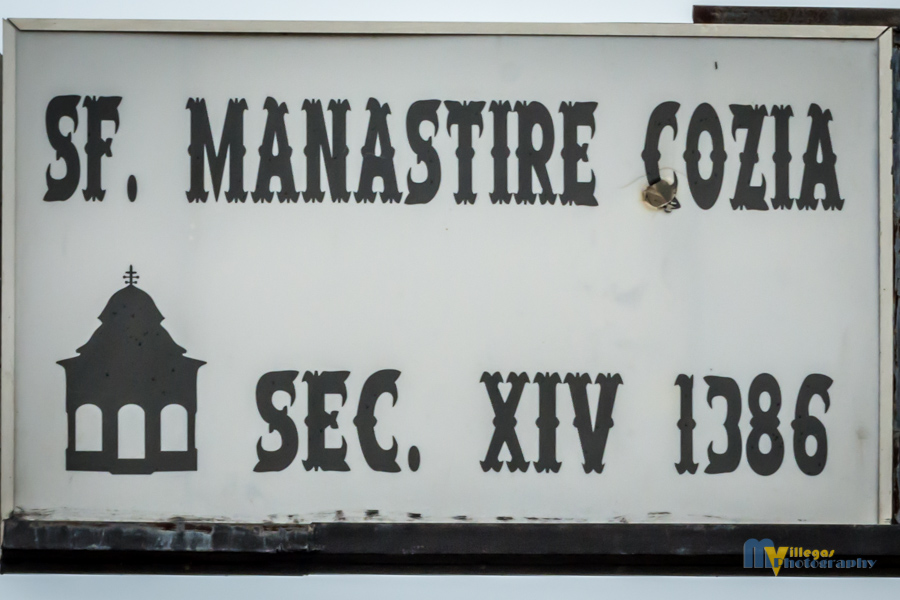 The Cozia Monastery stands on the banks of the river Olt.  It was built in the year 1386 under the great Voivod ruler Mircea I of Wallachia;  also known as Mircea cel Batran (Mircea the Elder).  If you were wondering who this man was, he is responsible for much of the unification of Wallachia (which is mostly what is today Transylvania) and a direct descendant of the House of Basarab.  You see, this area of the Carpathian mountains has a rich history of populations and invasions that involves the Huns, the Dacians, the Turks and the Romans.  After hundreds of years of war and intermarriages, a man by the name of Basarab I had enough of it all and waged a final battle against the Kingdom of Hungaria to win the independence of the region.  He was victorious and named the newly independent nation Wallachia.  Now, you are probably wondering… “hmmmm… Basarab… that kinda sounds Middle Eastern.”  and you would be RIGHT!!!  Turns out that the name Basarab is of Cuman origin.  Cuman is a dead language spoken in those days that is considered the father of the Turkish, Tatar and Balkar languages of today.  “Basarab” is believed to mean “Father Ruler”, being a conjugation of “Basar” which means ruler and “Aba” which means father.  Of course, being a dead language, who the %$^# knows, right?  The point is that this guy was a very important man in the history of Romania.

So, enough about Great-Grandpa Basarab.  What did Mircea the Elder do?  Mircea I  strengthened the power of the state and organized the different high offices, promoted economic development, increased the state’s revenue, and minted silver money that enjoyed wide circulation not only inside the country but also in neighboring countries. He gave the merchants of Poland and Lithuania trade privileges and renewed those his predecessors had given to the people of Braşov. As a result, Mircea was able to afford increasing his military power. He fortified the Danube citadels and strengthened “the great army” made up of townspeople and of free and dependent peasants.  A real stand-up guy.

Even though his great-grandfather had warred against the Hungarians, fate would have it that a common enemy would bring the two nations together in a common front.  The Ottoman Turks (who anybody who knows anything about this region knows were the “official” bad-guys — side note: The Russians came later) were a problem across the Danube and Mircea the Elder struck an alliance with the Hungarians to keep the Ottoman horde out of Europe.  This alliance was very successful and lasted for various generations, including the generation of Mircea’s grandson, Vlad Ţepeş (pronounced Tse-pesh) also known erroneously to millions of Westerners as Dracula.  But that is another story that we will not entertain here.

Cozia is a Cuman language word that means “walnut grove”.  It is a direct translation of the original Romanian name of the area, “Nucetul”.  Mircea the Elder was a devout Eastern Orthodox believer and had the monastery built by Serbian builders in the style of the Serbian Lazarica Monastery.  Such Bizantine architecture was never seen in the area of Wallachia which contributed to the legendary status of the Cozia Monastery even when it was first built.

As all Orthodox churches, the inside of the church of the Cozia Monastery is elegantly painted from top to bottom.  This ritual of painting every single corner, dome, column (practically everything except the floor) is fascinating to me.  The paintings are very elaborate depictions of saints, angels, biblical characters and even old Orthodox priests and political figures of times past.  Many of the paintings in the Cozia Monastery church are original, untouched paintings from the 14th century.  To stand inside the church is a dizzying experience that will fill you with awe.

As you enter the Narthex (all Eastern Orthodox churches have a particular architecture and the Narthex is the connection between the church and the outside world) you will find on your right the tomb of old Mircea himself.  He was laid to rest inside the church (as was the custom of the day) in 1418.  His tomb is inscribed with the epitaph “Here lies Mircea the Elder, Prince of Wallachia”.

On the left side of the Narthex is the tomb of Teofana the Nun.  She was the mother of another great man of Romanian history, Mihai Bravu (Michael the Brave) of which you may hear of in another blog post one of these days.

The beautiful altar is adorned with paintings of the Archangels Michael and Gabriel as well as depictions of Jesus, the Virgin Mary and a plethora of saints of the Orthodox church.  At the right hand side is a painting of Mircea himself and his son, Vlad Dracul (yep… Dracula’s daddy) dressed in full armor for war against the Ottomans.  Very impressive stuff for a house of God.  But those were the times.  The Middle Ages were nothing if not imposing and scary.  Imagine… people killing each other left and right, rulers who were there because of their ability to scare others into submission, horrible hygiene everywhere and NO INTERNET!!!  Awful indeed.

Today, the Cozia Monastery is the most visited Church in Romania.  People come from all over the country to bask in its ancient glory and history and to be impressed by its magnificent architecture and art.  Close to 100 monks live at the monastery and keep the grounds.  They grow apples in well organized orchards that surround the monastery grounds and walk among the tourists who visit the holy place.

Romania is indeed a most interesting country and the Cozia Monastery is very representative of the culture and history of these remarkable people.  Ritual is very present here in every movement and every sight.  Truly a wonderful place to see in a country that is full of wonders and mystery.  Definitely visit.  You will not be disappointed.

1 thought on “Age, Beauty and Ritual”