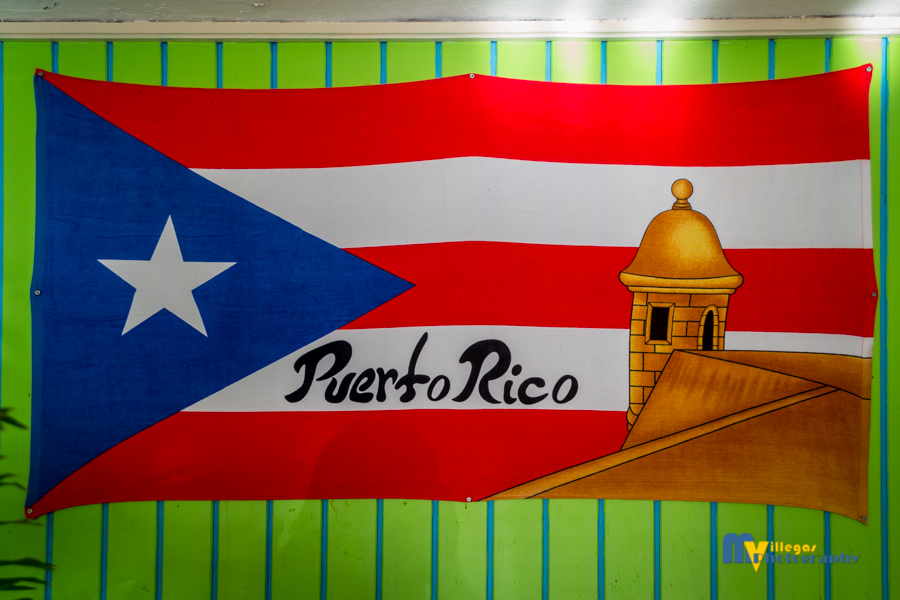 It is impossible to talk about the Caribbean without mentioning the most obvious attraction of all…  The beaches.  And Puerto Rico undoubtedly has the best in all of the Caribbean.  Sand, sun, surf, girls in bikinis or muscled guys in shorts (depending on your preference), cold beverages and delicious fried food and BBQ.  Puerto Rico has it all.  In this third and final part of the Puerto Rico Series, I am going to tell you about these pockets of paradise and show you some of the photographic work I did while at these beautiful beaches.

So grab a towel and let’s head out to:

The island of Puerto Rico is blessed with the Atlantic Ocean on the north and the Caribbean Sea on the south.  Because of the specific wind patterns at 18.4500 degrees north and 66.1000 degrees west (oh yeah… I’m getting all navigational on you) it is ideally placed for the easterly trade winds which caress the island all year long.  These winds get trapped and channeled by the central mountain range (the Cordillera Central) and create  a great variety of conditions on the beaches depending on which side of the island you are.  To the north, you get very choppy waters and large waves perfect for surfing and to the south you get long beaches of calm, serene waters perfect for swimming.

So as you can see, there is something for everyone.  And since Puerto Rico is such a small island, you can get to any of these beaches in less than two hours.

In the northwest part of the island is a sleepy little town called Isabela.  In this town are what I consider to be some of the most beautiful beaches on the island.  Of course, I am biased in saying this for two reasons:  One, I love to surf and two… I happened to live there for almost 20 years.  But all bias aside, the northwestern coast of Puerto Rico has many solitary beaches that have been carved by the waves that reach its shores.  You can call them virgin beaches because you will not see a soul on them except for the occasional surfer or sunbather who wants peace and privacy  (yep… even nude sunbathers sometimes).  Most of the coast line exposes a thick layer of rock that in many areas has been gradually eaten away by the ocean over thousands of years and shaped into sharp edges.  These very same rocks help to keep the sand from washing away and form crescent shaped, lovely, sandy beaches or shallow salt water ponds.  All along the northern coast, starting from Fajardo all the way to Rincon you will find these kinds of beaches.  They are filled with life and people flock to them in droves.  Specially on summer weekends.

At beaches like Jobos Beach or Playa Sardinera, there are great restaurants and bars where you can get your fill of cold local beer, rum, cold coconut water and delicious pastelillos de pescado (a seasoned fish empanada that will make you cry, it is so good).

As you would expect, these beaches are considered by surfers around the world to be some of the best surfing beaches anywhere.  World surfing competitions are often held on these beaches and professional surfers from all over the globe make an appearance.  I was fortunate enough to shoot one of these events while there.  The 2014 Corona Pro Circuit Challenge at Middles Beach.  You can read about that event and see how I handled photographing in a storm here: 2014 Corona Pro Circuit Challenge.

Because of the rock formations and the coral reefs these beaches are also ideal for snorkeling and scuba diving.  Shacks beach (named this way because of the number of cabins that have been built nearby) has the world famous “Cueva Submarina” (Underwater cave system) just about 50 meters out from the shore.  Here you will see hundreds of species of underwater life as you dive approximately 30 meters into an intricate cave system.  Everything from colorful fish and crustaceans to large plant life and coral formations can be found here.  So take the time and visit another planet on our own planet.  You will be happy you did.  All levels of diving knowledge and ability (novice to pro) are able to dive here so no excuses, buddy.  Do it!  you will thank me later.

The southern beaches are an entirely different story.  The southern beaches tend to be much more quiet and serene.  Because the central mountain range pushes most of the moisture towards the north, the southern part of the island gets very little rain throughout the year.  The conditions are much more arid and the wind does not blow against the ocean as it does in the north.  So there are no waves other than the soft, delicate splashes that the water makes as it reaches the sand.  Such calm conditions lead to more mangroves than in the north.  And the waters become ideal for swimming, kayaking, fishing and water skiing.

All the way from Guayama in the east to Cabo Rojo in the west you will find these serene beaches but the best ones to visit are in the southwest part of the island.  Beaches like El Combate and Boquerón are famous for their long, white sandy stretches and crystalline waters.  Both of these beaches are in the town of Cabo Rojo and on weekends you will find them full of people sunbathing and relaxing.  There are also a number of sea food restaurants in the town of Joyuda that outline the shore where you can eat a perfectly prepared lobster or fish while sitting right next to the water.

While down there, you should also visit Los Morrillos Lighthouse (known as El Faro de Cabo Rojo to the locals).  This lighthouse was built in 1882 at the top of a 200 foot (61 meters) limestone cliff.  The lighthouse itself is not much to look at unless you happen to be interested in very old architecture that was purposefully kept as simplistic as possible but the surrounding areas are spectacular.  The Lighthouse cliffs are very steep and the wind can be treacherous so keep your distance from the edge  (no… there are no fences or bars to stop you from wandering off the edge.  They expect you to be smart enough not to fall) but they offer spectacular views of the Caribbean Sea and the shores of the southwest.

If fishing is your thing, you can also take boats out from La Parguera, Fajardo and Aguadilla to try your skill at catching swordfish and mahi mahi or just take a small boat through the mangroves in the south to fish red snapper,  cudas, black fin and king fish.  There are many tour boats that will take you out and include a grill dinner and drinks.  They can be expensive but if fishing really turns you on, then go for it.  You will never eat a fresher fish than the one you catch yourself.

When it comes to photographic gear, I recommend a small point and shoot instead of any DSLR’s and lenses.  Sand tends to get into everything and the last thing you want is to get sand inside your camera.  If you do bring a DLSR (as I did), then try not to switch lenses and never put your camera directly on the sand.  Keep it covered while not in use so the sun won’t ruin it and do not keep it out of your sight for any amount of time because as safe as things can be, it is still a public beach and someone might just find your camera bag to be a good thing to sell for some fast cash.  For underwater photography you can get a waterproof casing for your camera (slightly expensive), an actual waterproof camera (practically a mortgage) or even one of those cheap use-once waterproof cameras that you can get at the drug store (the cheapest solution).  Make sure you have plenty of exposures available because underwater everything is impressive and beautiful and you could run out of film very quickly.

As a final thought, all of Puerto Rico’s public beaches – and most of the private ones too – are BYOTCB (Bring Your Own Towel, Chairs and Beverages).  This means that they are not like most European beaches where you pay an exorbitant 7 to 10 Euros for a beach chair and an umbrella that gets blown away by the wind every ten minutes.  It is also unlikely that someone will bring you drinks to your chair unless you are at a private hotel beach.  The good news is that you can find your spot wherever you want it and bring your own cooler filled with whatever goodies you crave on a sunny day at the beach.  Life does not get much better than this.

So this concludes the Puerto Rico Series.  There is a lot more to this island than what I wrote about.  There are the beautiful mountain ranges, rivers, places to eat, dance and hear great music… but they will have to wait until my next visit.  For now, I leave this pearl of the Caribbean in your hands to explore as you wish.  Go, enjoy and most of all, live and photograph.